Does America actually run on Dunkin'? Well for starters, not every state has a Dunkin'. With that being said, in many states Dunkin is mostly focused in a specific geographic region. So, no... America doesn't "run on Dunkin". However, the area that actually "runs on Dunkin" is New England and the East Coast of the United States. Below you can see a map of every dunkin location in the US.

As you can see the East Coast is lit up like a Christmas tree while the west coast and middle of the country has very little and is mostly in major cities. Below you can see the number of dunkins per state. New York has the most with a whopping 1,457 Dunkins!

To normalize the data and account for much larger states I took the census population estimate for 2016 and used it to create a "people per dunkin" baseline to compare states. While NY has the most Dunkins they come in 8th at 13,552 people for every 1 Dunkin. Mass comes in 1st with a Dunkin' Donuts for every 5,893 people.

Looking to drive-throughs I look at the top 20 states (total number of dunkins) and calculated the percentage that contained drive-throughs. You can see that the states with major metropolitan cities, have a lot of dunkins within the city and thus do not have drive-throughs.

Pivoting to Rhode Island, we have 177 Dunkins and 5,969 people for every 1 Dunkin'. below is a map with a 1-5 mile buffer around every Dunkin' to show the furthest distance area from a Dunkin'. You can see the western part of the state is far more remote and less populated leading to far less Dunkins. 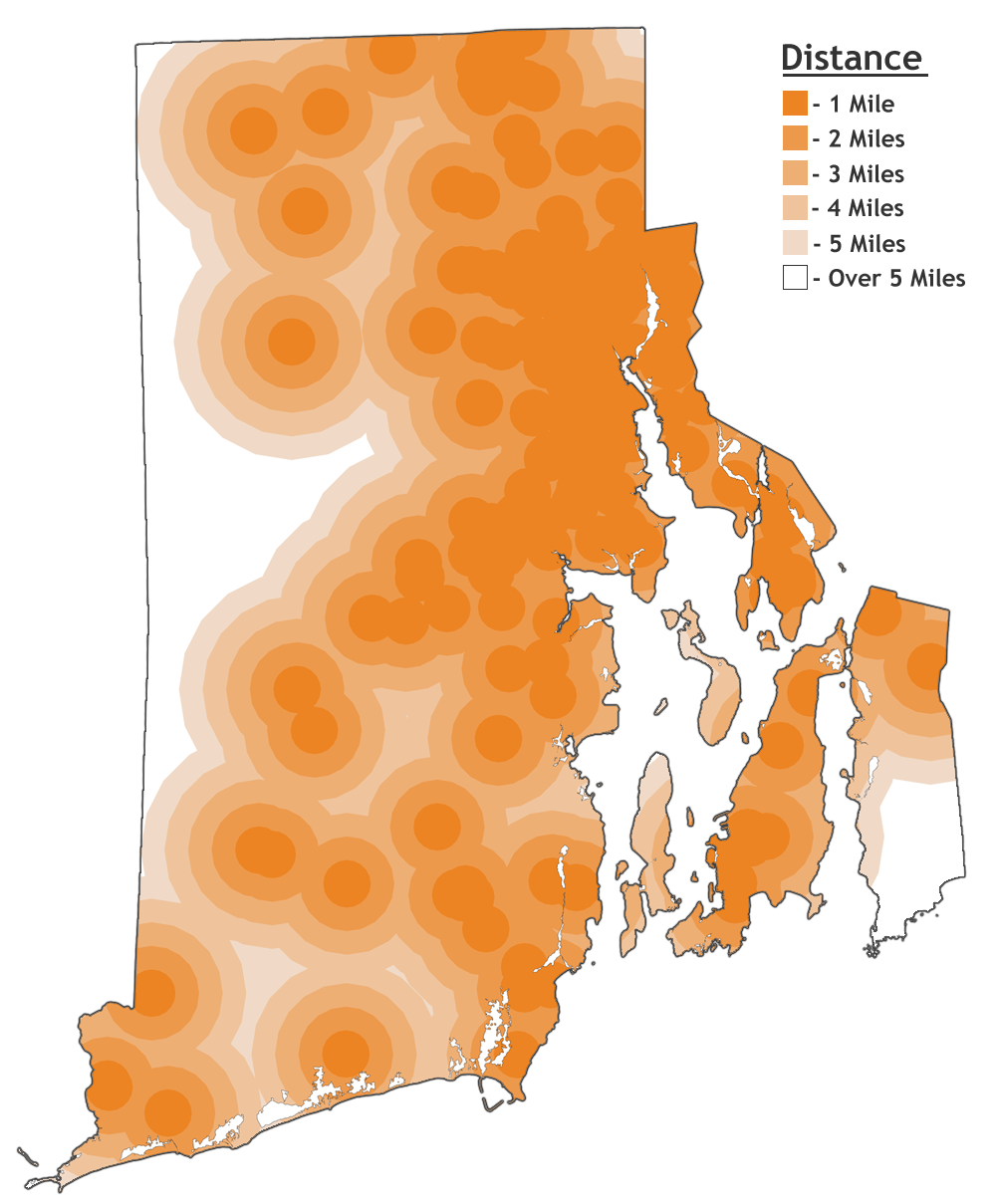 Like above, I normalized the data as people per dunkin. West Greenwich has the lowest at 2,049 people for every 1 Dunkin'. Foster, Glocester, Hopkinton, Jamestown, Little Compton, Scituate and New Shoreham are all missing because they all don't have at least 1 Dunkin'.

Lastly looking at counties Kent ended up lowest at 10,974 people per Dunkin' and Washington county unsurprisingly has the most at 31,572 people for every 1 Dunkin'.